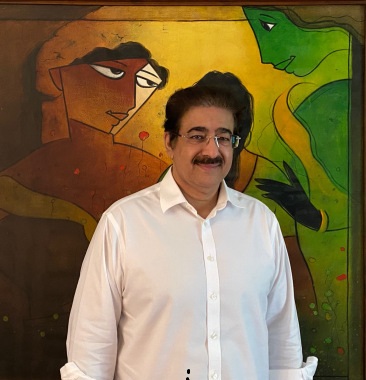 Noida: 13th Global Film Festival Noida 2020 presented by IFTC- International Film And Television Club of Marwah Studios on 26th to 28th November is going to be with different concepts this time.

“The festival is going to be online and major emphasis will be on seminars and discussions. There are three major award functions consisting of 4th edition of Hindi Cinema Samman, the first edition of Marwah Studios International Awards for Excellence in Cinema for foreign film makers and  for all those who have been involved  with foreign Cinema, and third one is specially planned for the event management organizations and partners in progress,” said Sandeep Marwah President of Marwah Studios and GFFN.

Seminars shall be covering subjects like Cinema and tourism, cinema and women, cinema and journalism, cinema and peace and unity. Large number of speakers, film makers, production houses from all over the World are joining the show.

20 events, 60 countries, 200 participants, 100 National and 400 International Press and 2 Million people have been informed about the event. Expected audience for the shows might cross three hundred thousand this time said Marwah in a press conference.