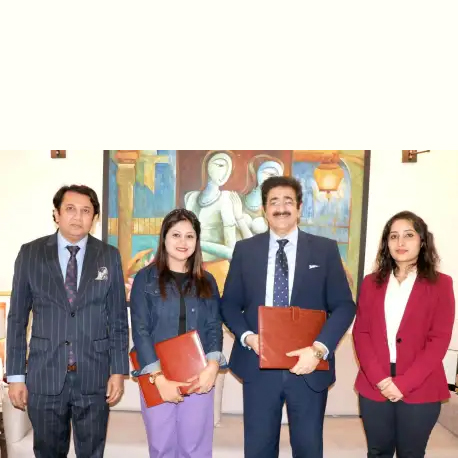 Noida: A MOU was signed between ICMEI-International Chamber of Media and Entertainment Industry and Freizeit Media Private Limited under the leadership of Neha Singh to showcase AAFT films on this new Channel.

AAFT has been producing large number short films around the year with the support of Marwah Films and Video Production to promote the young talented film makers educated and trained by Asian Academy of Film and Television. These films are already can be seen on MSTV of Marwah Studios. By joining hands with Freizeit Media, the visibility has been extended to new audience.

“I am happy to join hands with AAFT through ICMEI, we will be able to give large exposure and promote new talent through our OTT Channel,” said Neha Singh founder of the Channel.

“We are ready with a set of films which we will deliver to Freizeit Media to broadcast on their Channel soon,” said Sandeep Marwah President of ICMEI.