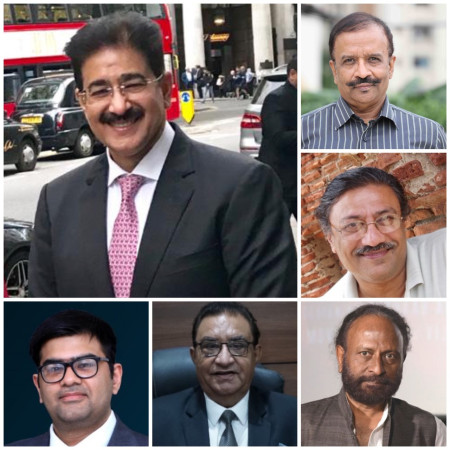 New Delhi: International Chamber of Media And Entertainment Industry in association with Asian Academy of Film And Television conducted a powerful webinar on ‘Creative People And Mental Stress’ and invited wigwigs of Indian Film Industry to talk on the subject.

“How creative we may be but do not forget that we all have heart and mind to think and feel the emotions. Where there is emotion stress is going to be the byproduct of the same. Stress is bound to be there. The art is in managing and controlling the stress,” initiated Dr. Sandeep Marwah President of Asian Academy of Film And Television.

“Higher the stake bigger the stress, If you are not even working still there is a stress. If you have achieved something then there is a new stress of achieving more. The fact is you have to learn the ways and means to tackle your irritations, anger, anxiety parallel to every project you lift in creative industry,” said Uday Shankar Pani renowned film director famous for Gandhi, Shalimar and TV Serials like Rajani, Indradhanush, Dekh Bhai Dekh etc.

“We are human beings and bound to get stressed for small or big things. Film and Television business is full of tensions and botherations. Time factor also plays a very key role. The pleasure of end product is so powerful that even though you know there is a stress, you jump into the same pool again and again,” said Ketan Mehta renowned film director and known for his films Manji, Mangal Pandey, Maya Memsahab, Mirch Masala, etc.

“If you try to bring in change in your day to day affairs it reduces your stress. Meditation is the best way to gain strength to face stress. A good stress sometimes is good as it gives you motivation and energy to work hard and reach your goals,” added K.Hariharan popular Film educator and director.

Living Style, your demands, your company, your routine, your exercise all together measure your stress level. It is an inbuilt component of human mind. You have to practice of not getting into the stage where stress could harm your mind and body,” expressed Dr. Nabhit Kapur well known psychologist and founder of Peace of Mind Foundation.

Many other people participated in the conversation and webinar gave some wonderful conclusions to the audience. Secretary General of ICMEI Ashok Tyagi paid vote of thanks. WPDRF- World Peace And Research Foundation Supported the event.