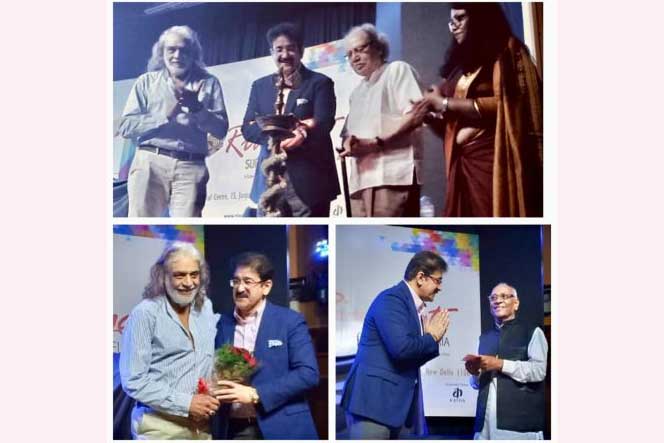 New Delhi: A first folk festival under the title Riwayat –Surge of Euphoria was organized by Bindu Cherungath at Dr.Ambedkar International Centre at New Delhi to promote the different genre of theatre and music.

“Indian culture is strong and its not going to die as predicted by many people who are not in art and culture. It is into the nervous system of India and Indians. The western World do influenced the minds of few people, but that’s   just a fraction of the whole. There is definitely need to promote all sort of fine arts and performing arts and we are definitely doing our best,” said Dr, Sandeep Marwah   President of Marwah Studios and art promoter.

“I extend my heartiest congratulations to the organizers for taking this beautiful initiative and       promoting different forms of arts. I can understand the pain that it is not easy to organize program at this level. I wish Riwayat all the success,” said Muzaffar Ali renowned filmmaker and art promoter.