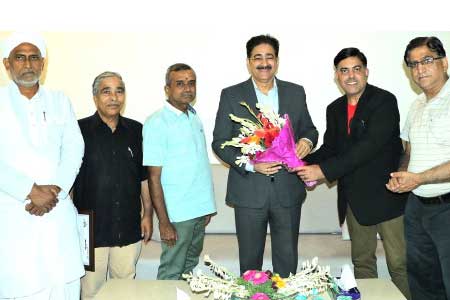 A group of trustee members including Manoj Sharma President Gopal Ji Secretary General Acharya Satyandera Narayan were present in the meeting to present the memento to Dr. Marwah.

“Growth is never by mere chance; it is the result of forces working together. Strength and growth come only through continuous effort and struggle. This new Chamber of Commerce is a step towards growth of New India,” said Dr. Sandeep Marwah also Chancellor of AAFT University