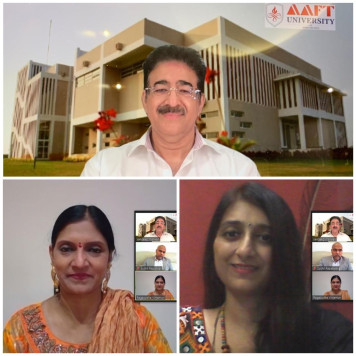 London: “It has been more than 30 years we are promoting art and culture including films, television, media, education and tourism. We have always believed that you can bring love, peace and unity through art and culture. Seven thousand events we have created with a bye line stating the same,” said Sandeep Marwah in conversation with the members of Sanskruti Centre for Culture Excellence, London and Root Skills India.

Sandeep Marwah Founder of Noida Film City, Marwah Studios and AAFT University was invited by a well-known art promotion association of London- Sanskruti Centre for Culture Excellence for a motivational talk and to speak about his journey in art and culture field.

The talk was followed by question answer session by the residents of London and lovers of art, where President of the organization Raghasudha Vinjamuri introduced Dr. Marwah to the audience, Bhavisha Buddhadeo founder CEO Rootskills paid vote of thanks.