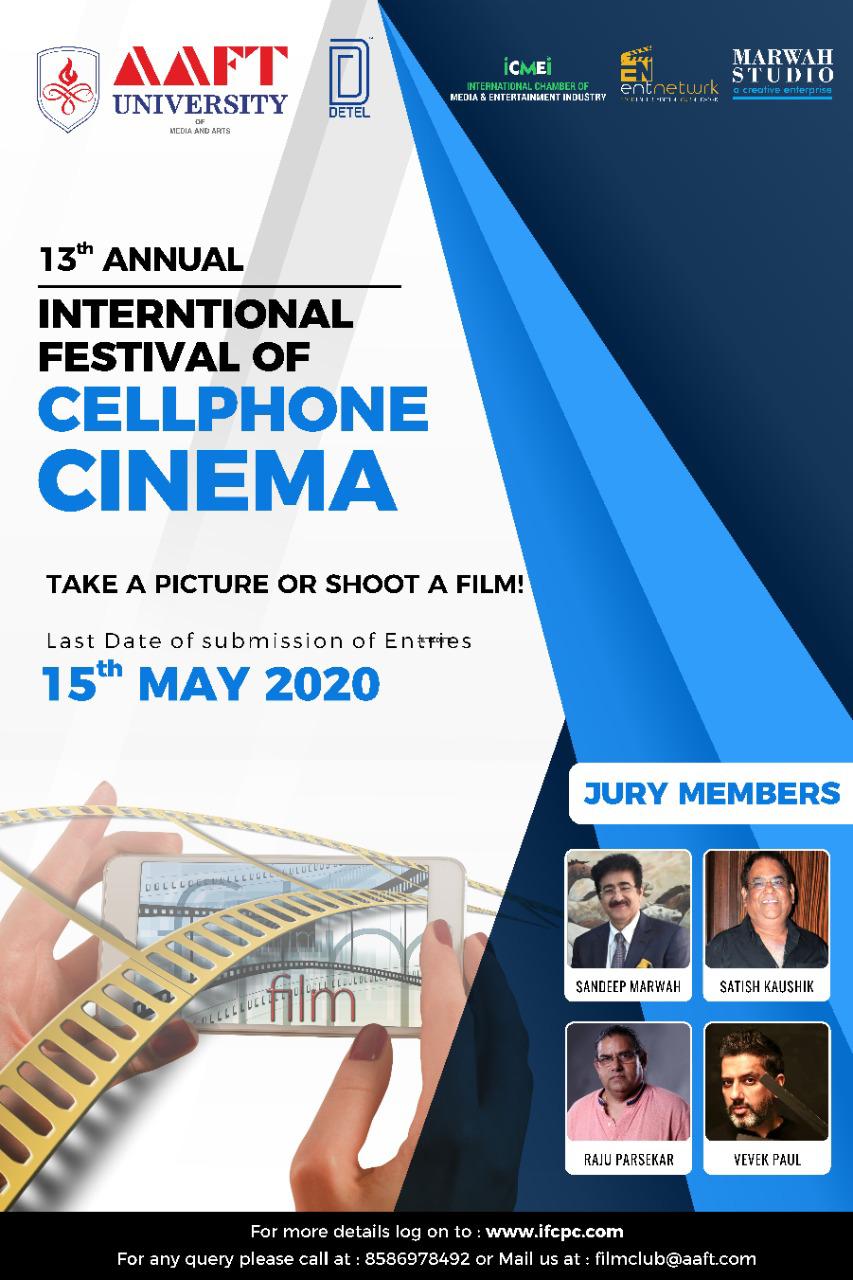 New Delhi:  The most popular and the first ever mobile festival in the World –International Festival of Cellphone Cinema 2020 launched its 13th edition on line during the lockdown because of the pandemic Covid 19.

“We are pleased to announce the 13th edition of our admired festival International Festival of Cellphone Cinema today. The 15th May is the last date of        receiving entries of films made from mobile phone,” said Sandeep Marwah President o the festival.

There are four categories where you can participate. They are 1st submission of still photographs, 2nd News Gathering, 3rd a music video and 4th  a fiction.  Films should not be more than 3 minutes of duration. These films can be uploaded on filmclub@aaft.com or can be sent via Whatsup to no +918586978492. You can visit the website www.ifcpc.com for further details.

This time well-known film personalities like film actor and director Satish Kaushik, Film Director Raju Parsekar and Director of short films Vevek Paul are going to be the members of jury. The festival is open to any and everyone of any age. Prof. Karl Bardosh of Tisch School of Arts, New York University is the advisor to the festival from New York. 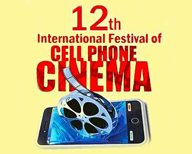 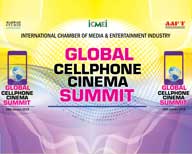 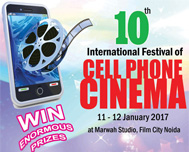 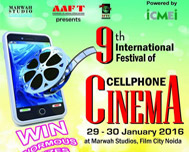 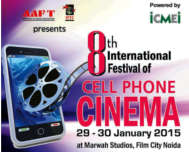 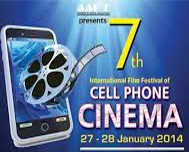 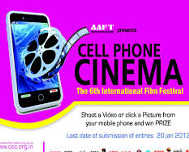 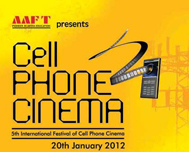 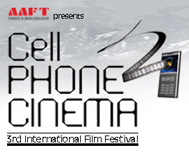 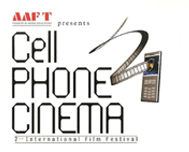 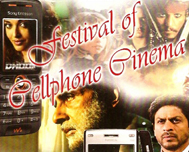 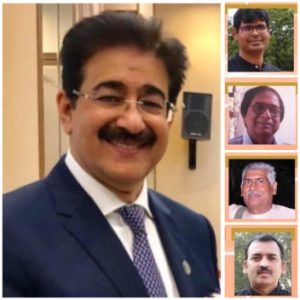 New Delhi:  “Even if you are writing a story for  book publication or a story for a feature... 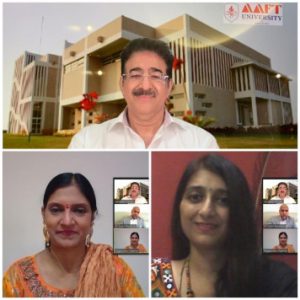 London: “It has been more than 30 years we are promoting art and culture including films, television, media,... 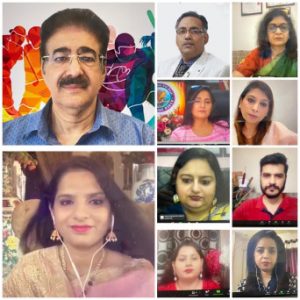 Mumbai: Hundreds of years back our ancestor wrote in the form sholakas that the survival of the human... 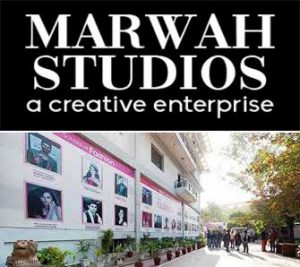